I’d like to address questions I’ve received regarding whether individuals can take the GRE in place of the LSAT for law school admission.  The short answer: yes. The long list of law schools that now accept the GRE in addition to the LSAT continues to grow and includes top-tier institutions like Columbia, Cornell, Georgetown, Harvard, Northwestern, NYU, and Penn. According to NYU Law’s Assistant Dean for Admissions, Cassandra Williams, schools are using the GRE to “broaden [the] pool of prospective students” and “encourage applications from individuals with more-diverse academic backgrounds, including in science, technology, engineering, and math.” Some schools, like Georgetown, even accept the GMAT. If you only plan to apply to schools that accept the GRE, you could do so without taking the LSAT.

However, dutifully consider whether taking and submitting a GRE score instead of an LSAT score is right for you. There are two important considerations that may weigh against taking the GRE over the LSAT.  First, currently, law schools are only required to publicly report the LSAT scores of admitted students, not GRE scores. Therefore, there is no historical data on the GRE scores of successful law school applicants and it is difficult to gauge an applicant’s competitiveness for admission based on a GRE score. We have no clear idea what GRE scores make a person competitive for given law schools or whether performance on any of the three portions of the GRE is weighted more heavily than performance on others.

Second, only LSAT scores, not GRE scores, are factored into a law school’s U.S. News & World Report ranking (the determinative ranking of law schools). And they are a heavily weighted factor at that. This means that an applicant with a high LSAT score may be favored over an applicant with a high GRE score because the former’s test score could positively contribute to a law school’s ranking while the latter’s will not. This, however, is only theoretical and law schools have not stated any preference.

Given these points, the GRE appears to make the most sense for law school applicants who are also applying to other graduate schools that do not accept the LSAT, whether they are considering other graduate schools as possible alternatives to law school or undertaking study for another degree in addition to a law degree. Taking the GRE means such applicants will only have to prepare for and take one test as opposed to two.

Important note: If you have ever taken the LSAT, that score will be automatically reported to all law schools to which you apply. Moreover, that score will have to be reported by any law school to the ABA and will be factored into its ranking, thereby heavily affecting its standing. Thus, all law schools that accept the GRE also consider any LSAT score reported to them alongside any GRE score, even if an applicant expresses that she would like her application assessed based on the GRE score. If present, LSAT scores are ALWAYS important factors in admissions decisions. Schools vary in the weight that they give to a GRE score that appears alongside an LSAT score, with some giving almost no credence to the GRE score and some considering it more substantially. This means that if you have already taken the LSAT and achieved a score that you are not satisfied with, switching to the GRE and potentially attaining a high GRE score are unlikely to materially improve your law school admissions chances. Rather, your money and time would most likely be much more effectively spent seeking to improve your LSAT score. To ascertain a specific school’s approach, reach out to individual admissions offices.

You are currently viewing a shortened version of this newsletter, leaving out the events and job opportunities from that time. To see the full version, click here.

Article of the Week 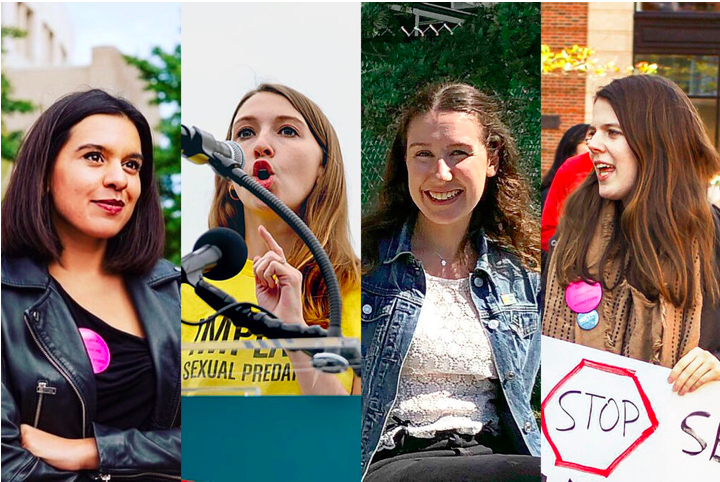 (The New York Times) The founders of the People’s Parity Project are hoping to eliminate harassment and discrimination within the legal profession — and everywhere it operates. “You’re not alone in this.” Read here. (new window)

Appointments: Virtual appointments are available via Handshake (new window). Sign up under ‘Career Center,’ then ‘Appointments’, then ‘Industry Advising,” then ‘Government, Nonprofit, and Education’.